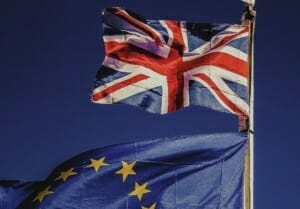 Among other things, the amendments had provided that EU citizens living in Britain would automatically be granted a right of residence for the period after the brexite. However, the government rejected this. EU citizens in Great Britain now have until the end of 2020 to apply for a residence permit.

A right for unaccompanied minor refugees stranded in the EU to join relatives in Great Britain was also removed by the government majority from the bill.

In Great Britain, international treaties must be transposed into national law through a legislative procedure in order to become valid. Now that the House of Commons and House of Lords have given their approval, all that is missing is the approval of Queen Elizabeth II, but that is a mere formality.

The European Parliament is due to approve the treaty on 29 January. Two days later, on 31st January at 24.00 (CET), Britain wants to leave the European Union.

The step comes more than three and a half years after the British voted to leave the community of states in a historic referendum in June 2016. Until the end of 2020, however, Great Britain will remain in a transitional phase during which practically nothing will change.

In this short period of time, Brussels and London must now agree on their future relations. The spectrum ranges from a trade agreement to a future partnership in the fight against crime and terrorism. It is possible to extend the complex negotiations. However, British Prime Minister Boris Johnson has already firmly rejected this.

Since the overwhelming victory of Johnson’s Conservative Party in the December elections, no significant opposition to the Brexit deal was expected from Parliament. The situation was still different with his predecessor Theresa May. The then head of government had failed three times in parliament with her brexite deal negotiated with Brussels. Eventually she resigned from office.

The celebrations to mark her departure from the EU seem to be rather modest in the United Kingdom. Johnson plans to make a speech on 31 January. The leader of the Brexite Party, Nigel Farage, is planning a celebration with supporters near the Parliament. He has been banned from using fireworks. London’s landmark Big Ben, which is currently being renovated at great expense, is not to ring the bell for EU withdrawal.

How to open a business bank account in Germany?

This site uses cookies. By continuing to browse the site, you are agreeing to our use of cookies.

We may request cookies to be set on your device. We use cookies to let us know when you visit our websites, how you interact with us, to enrich your user experience, and to customize your relationship with our website.

Click on the different category headings to find out more. You can also change some of your preferences. Note that blocking some types of cookies may impact your experience on our websites and the services we are able to offer.

These cookies are strictly necessary to provide you with services available through our website and to use some of its features.

Because these cookies are strictly necessary to deliver the website, refuseing them will have impact how our site functions. You always can block or delete cookies by changing your browser settings and force blocking all cookies on this website. But this will always prompt you to accept/refuse cookies when revisiting our site.

We fully respect if you want to refuse cookies but to avoid asking you again and again kindly allow us to store a cookie for that. You are free to opt out any time or opt in for other cookies to get a better experience. If you refuse cookies we will remove all set cookies in our domain.

We provide you with a list of stored cookies on your computer in our domain so you can check what we stored. Due to security reasons we are not able to show or modify cookies from other domains. You can check these in your browser security settings.

We also use different external services like Google Webfonts, Google Maps, and external Video providers. Since these providers may collect personal data like your IP address we allow you to block them here. Please be aware that this might heavily reduce the functionality and appearance of our site. Changes will take effect once you reload the page.